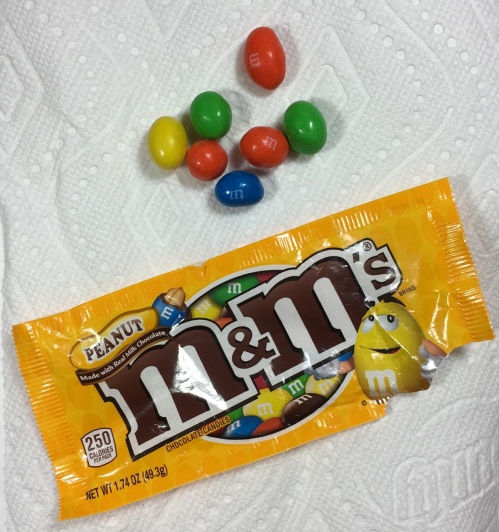 According to Mentalfloss.com M&M stands for Forrest Mars, son of the Mars candy founder, who invented, patented and began manufacturing the candy coated plain variety in a factory in New Jersey in 1941.

Mars talked to Bruce Murrie, son of Hershey’s company president about going into business together.  Their sweet deal melted like chocolate in a hot car in 1949 when Mars bought out Murrie’s share for 1 million.

Q:  What were the 5 original colors?

The signature “M” wasn’t stamped on the candies until 1950, in black rather than white.

Peanut M&M’s were introduced in 1954 in a tan color… It wasn’t until 1960 that they came out in colors like the plain variety.

I recently purchased a bag of the peanut M&M’s that inspired me for today’s weird birds!

PS. May your day be extra sweet!

24 responses to “Plain Vs. Peanut”