You start with a basic recipe, like paper collage:

Whip up the sugar and cream in a bowl and do a taste test…maybe it needs a little more vanilla or perhaps something else? 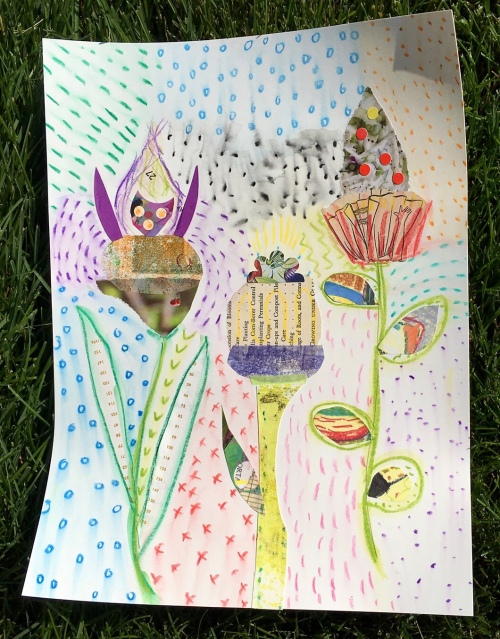 When you are satisfied, the silky cream is spread over the miniature cakes. And then you realize it needs one more thing… Sprinkles!! Or art doodles! 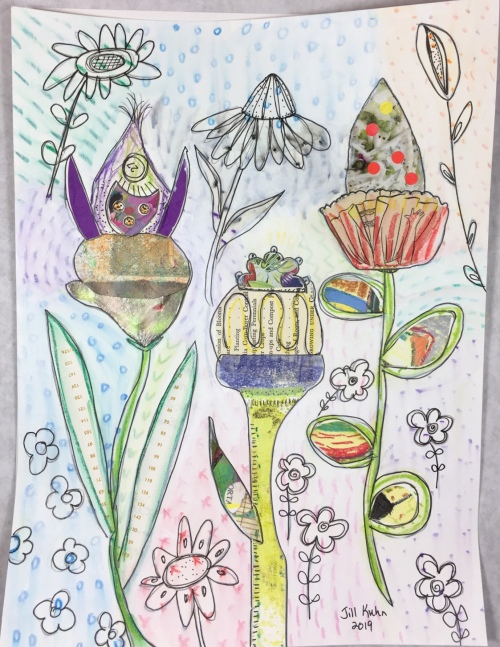 I learned yesterday that sometimes it is the process of frosting cupcakes rather than the finished “art” product that is important.

I will be taking another short blogging break next week. I have some cupcakes to frost…

Since Mother’s Day is this weekend, I decided to create today’s weird bird in memory of ALL mothers – birds and humans! 😉

I “cooked” up this bird…

In memory of you! ❤️ 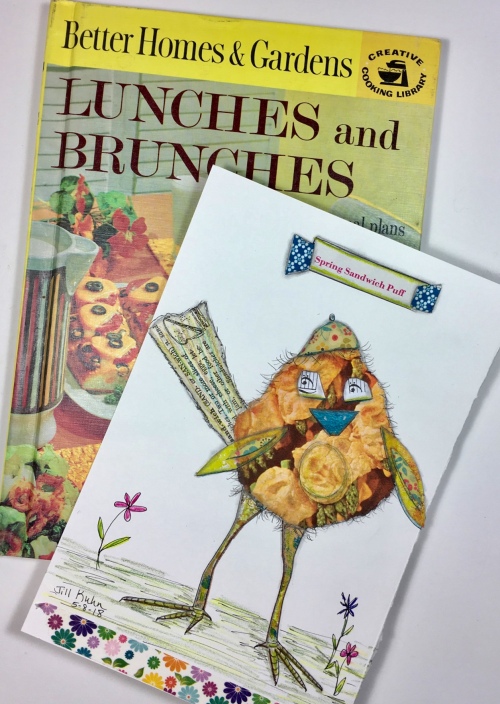 I find Jenna’s blog at The Painted Apron so FUNtastic! 🙂

I completed this still life recently:

And it reminded me of the colors in Jenna’s Fearless Friday, Flaming Flamingo… it does have a fiesta feel don’t you think?

I want to try creating a still life painting with Jenna’s Tablescape, Spring at the Farm.  Perhaps a French hen would be a funky addition!  😉

I also enjoy Jenna’s recipes like this one, A Rainbow Salad… It looks fresh, flavorful and color-filled!

I hope you will join me in following Jenna’s blog for more fabulous fun!

Today for Weird Bird Wednesday, I have a Pie Bird: 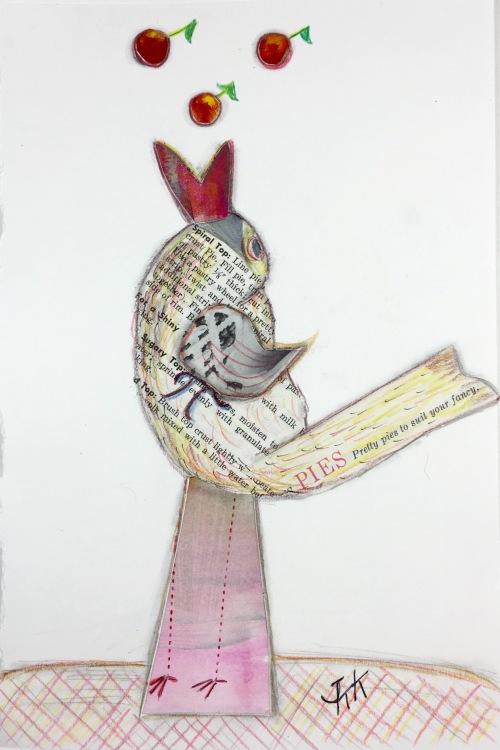 Did you know that a pie bird is a hollow ceramic device, originating in Europe that is shaped like a funnel, chimney or upstretched bird with open beak used for supporting or venting a pie?!

According to Wikipedia, “Pie funnels were used to prevent pie filling from boiling up and leaking through the crust by allowing steam to escape from inside the pie.  They also supported the pastry crust in the center of the pie, so that it did not sag in the middle, and are occasionally known as “crustholders”. Older ovens had more problems with uniform heating, and the pie bird prevented boil-over in pie cooking.

Funnel-style steam vents have been placed in the center of fruit and meat pies during cooking since Victorian times; ceramic bird shapes came late in the 1940’s.”

Recently, the “pie bird” has become popular as gifts and collector’s items rather than as a kitchen tool.

Do you have a favorite pie?  I’d love to hear from you!

Sometimes it is just fun to play with watercolors.  Below I made circles with paint and then lifted my sketchbook so the colors could run and blend together.  Cheap fun! 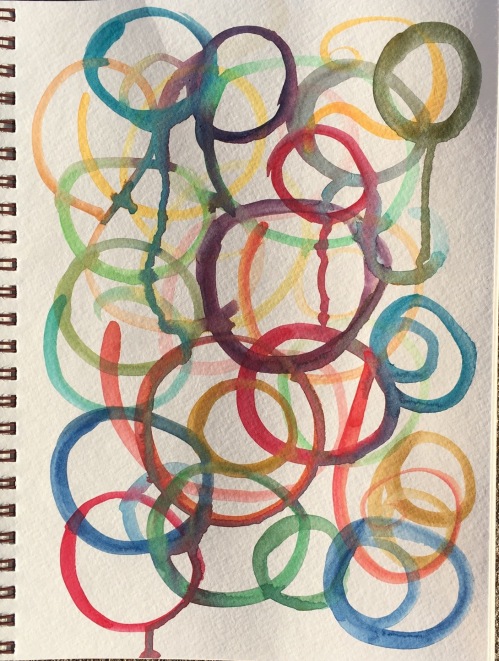 And for my next two watercolor experiments, I played with brush sizes to create simple tomatoes: 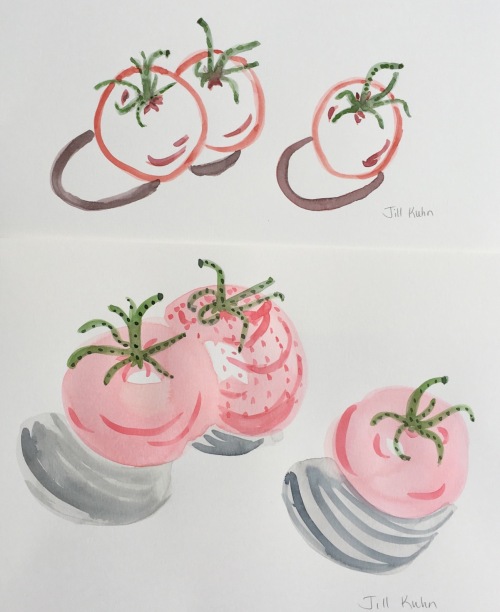 I like the last one best which surprised me.  Nothing like a big fat brush to create a juicy, red tomato!

I realized today that I don’t really have the correct colors to paint garlic in watercolors.  In other words, I need a better recipe!  Well, if all else fails, my motto is add paint splatters!

I added a few color pencils at the end.

Speaking of recipes, I wanted to share one of my favorite ones using garlic.  I used to get these recipe cards in the mail and I loved them because they have a picture of what the food is supposed to look like on one side and the recipe on the other side: 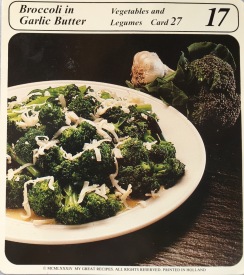 I usually add fresh parmesan cheese at the end.  Hope you enjoy it!